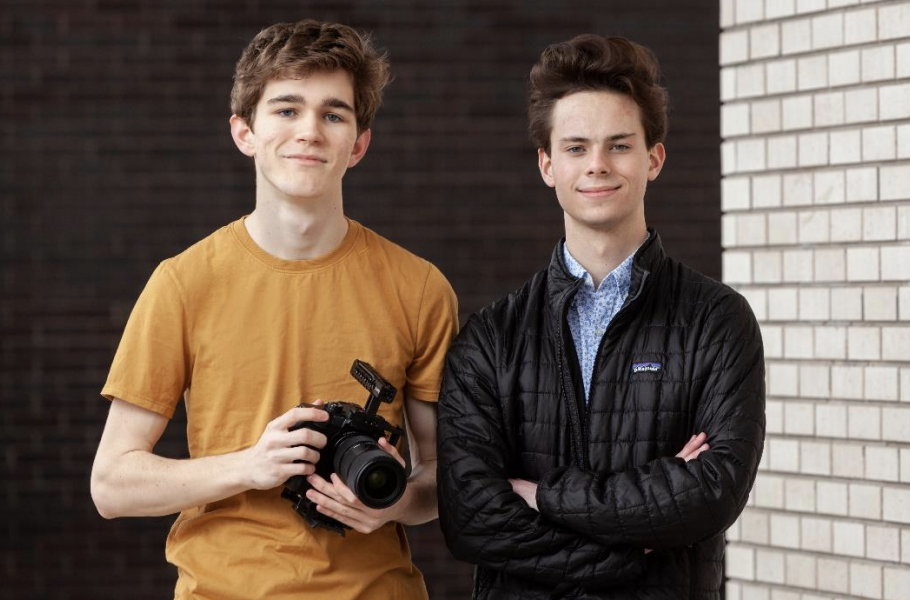 Mason Daugherty and Eli Scott will receive $5,000 from C-SPAN for their Grand Prize documentary, “What It Means to Be American.” (Photo credit: StudentCam.org)

Imagine Schools is proud to announce that two of our students have received the highest honor in this year’s C-SPAN StudentCam documentary competition.

Mason Daugherty and Eli Scott, who attend Imagine International Academy of North Texas, submitted their documentary, “What It Means to Be American: Citizen Accountability in Government” to the 2019 competition and won the grand prize. C-SPAN’s annual national video documentary competition encourages students in middle school and high school to think critically about issues that affect our communities and nation and then get creative through video. This year, the theme “What does it mean to be American?” asked students to choose a constitutional right, national characteristic or historic event and explain how it defines the American experience.

Recognized by Congressman Van Taylor, Imagine School’s winning duo, Mason and Eli, highlight “how the United States Constitution intended to instill power within the American people and how corruption within our system of government diverts that power away from individuals.”

“Like these impressive 11th graders from Imagine International Academy of North Texas, I too believe power must rest with we the people. Working together, we can bring about real change in Washington,” said Congressman Taylor. “I ask that my colleagues in the House of Representatives join me today in congratulating Mason Daugherty and Eli Scott on their achievement.”

Marking its 15th year of competition and one millionth dollar awarded, the C-SPAN StudentCam received a record number of responses in 2019; 6,318 (a 10 percent increase over 2018). As grand prize winners, Eli and Mason will receive a $5,000 award, and their documentary will air on C-SPAN at 6:50 a.m. ET and throughout the day on April 21.

On their path to winning the grand prize, the two Imagine scholars competed regionally before moving on and being selected nationally among all regions and grade levels competing. Their prize-winning documentary was evaluated by a panel of educators and C-SPAN representatives based on the thoughtful examination of the competition’s theme, quality of expression, inclusion of varying sides of the documentary’s topic and effective incorporation of C-SPAN programming.

To watch the winning documentary, and others from the competition, visit http://www.studentcam.org/. Thank you to the C-SPAN Education Foundation for sponsoring this annual competition allowing students across the country to practice creative expression and dive deep into important issues.

Congratulations to our two award-winning public charter school scholars from Imagine International Academy of North Texas. We are so proud of you and your incredible accomplishment, Mason and Eli!